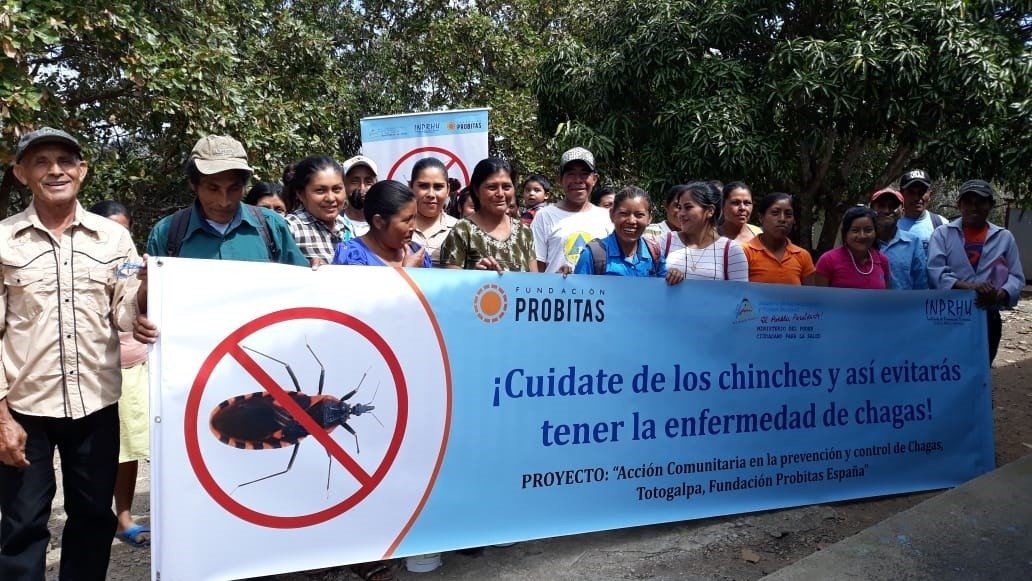 On this day, the Institute for Human Promotion (INPRHU-Somoto) in Nicaragua and Fundación Probitas – Barcelona Spain, are present in the fight for the Prevention and control of Chagas in Totogalpa, Madriz – Nicaragua.

What is Chagas disease?

Chagas disease or American human trypanosomiasis is an infectious disease caused by the parasite Trypanosoma cruzi, transmitted by Vector Triatoma Dimidiata and rodnius Prolixus. It is endemic in several Latin American countries, especially in rural areas, indigenous communities, and the poorest suburbs, from Mexico to Argentina.

Chagas, a silent disease that kills thousands of people in Latin America, circulates throughout the world. There are two phases in Chagas disease. The acute phase, which occurs days or weeks after contracting the infection, can present some manifestations such as fever, malaise, nodes, and inoculation chagoma. Then comes the chronic phase of the disease that lasts for years and which can develop cardiac (cardiomegaly) or digestive (Mega esophagus, megacolon) symptoms in 30% and 10% of cases respectively.

The project: “Community Action in the prevention and control of Chagas disease in Totogalpa Madriz” 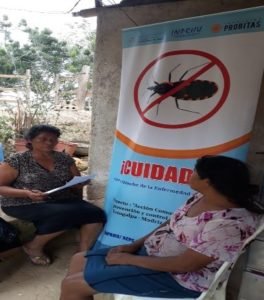 It is an initiative to change behavior in 1200 families in 20 communities of Totogalpa through the FECSA (Family School and Healthy Community) methodology, the use of SARAR cards and the COMBI Plan to reduce the proliferation of vectors, strengthening capacities to the network of Health Brigades in Community Epidemiological Surveillance (VEC) and Entomological Surveillance in coordination with the Ministry of Health to control the disease. In addition, awareness is developed for families through educational material and promotional radio bullets.

The project is scheduled to end in July 2020.